Did you know that the word Casino means “a small house” and dates back to 1744 in Italy? But how to associate it with gaming is still unclear. But did you know that already back in 1638 in Venice there was the first organized game company called Ridotto. It offers high-level games and strict clothing codes, including three-horned hats and everyone where a mask.

The start of British gambling was originally in city of Bath, but moved to London in the late 1800’s. Many of these Gentlemen’s clubs went more and more into gambling. The clubs were for members only.

Biggest win on a slot machine

Archie is a high roller and a legend in gaming world. He managed to gamble in $40 million in less than 3 years, and he started only with $50! And then lose everything again the year after! How could it loose it all so fast? He dint feel fear and did not care how much he lost!

Slot machines with fruit themes must have at least 70% payout

The Gambling Commission determines the minimum payout for fruit machines is 70%, meaning that for every $100 you play, you can expect to get back at least $70. Today’s online video slots usually have a much higher return to players, usually around 95-97%.

Teddy Sheringham is formerly known as a professional football player, he joined a poker tournament in Las Vegas and managed to win a total of $ 330,000. So from putting the soccer shoes on the shelf and now playing cards, he really got a new career.

Craps and Blackjack have the lowest advantage for the “house”

Did you know that Black Jack and Craps have the lowest advantage for the Casino when it comes to casino games? The house only has 1% advantage on blackjack and 0.5% on Craps. These games have the highest payback to the players! But be careful, these games require good knowledge and do not start with these games directly if you are a beginner!

The year was 1881 set in a basement in Arizona, USA. There, a poker session has been played for 8 years, 5 months and 3 days. Legends say that as much as $10,000,000 will have exchanged hands during this long marathon game! Usually, tournaments usually last some days or so.

One of the biggest loser on Roulette!

Robert Maxwell may be the person who lost most money on Roulette in a short period of time. He managed to loose 1.5 million pounds in 3 minutes! He played on 3 Roulette wheels at the same time. Fortunately, he could afford to lose so much, he was a British media mogul.

The man who bet everything on red!

Ashley Revell, a British professional player, sold all his possessions. He then bet a total of $135,300 on one single spin on a roulette wheel in Las Vegas. He bet everything he had on red and he was lucky and the roulette ball stayed on red 7. He doubled his money 270,600 dollars! Not to recommend! 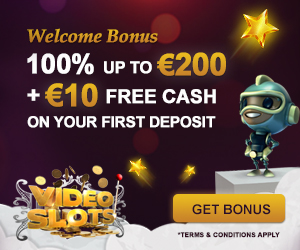